Productivity 'on the cheap' 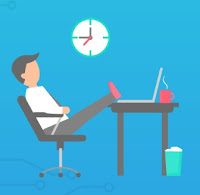 Non-games... or software that helps me to create documents, images, 2D and 3D models, preferably free... Hey, I'm even willing to pay for some of it 😎

So here's my quest for affordable software (cheap isn't the same as free) and the things that I (tried to) use...

Scroll down to check the different categories.

What can you do with a PC you cannot do with a tablet? Lot's of things. And you can do them better, most of the time, on a good ol' Intel or AMD box.

True. Most of these things are now also possible on a tablet or even a phone, and they're often way cheaper on a mobile device. If I find an alternative option on mobile I'll mention it, but frankly, a PC simply works better most of the time.

(I'll just mention some alternatives if I am aware of them.)

Sorry. I don't have a Mac, and use little to no Linux. But some of the mentioned software just might be available on other platforms. Check it.

I prefer open source and free, and will settle for cheap. I'm more reluctant to pick trial versions. Lots of stuff is free, bur for how long? I'd rather get something cheap that's mine forever, then use a free web based service that is killed at a whim. And sometimes the best is the only way to go, even though it may cost.

I prefer free (hey, I'm Dutch after all) but can stand up to 50 euro or so for individual programs. Suites or very advanced stuff I'd be going up to a 150 euro. Typically anything above that I draw the line.

I'm also not a big fan of subscription models. I don't mind subscription models, but they tend to be way more expensive (always compare a one time price with a 5 year subscription) and are often on-line depending. What if my Internet is down, or the seller goes bankrupt?

A good mitigation practice is select software which alles import and export of intermediate / universal file formats, so you can re-use your files with something else.

There are so many alternatives out there, so my picks may not be yours. Feel free to differ in opinion, lambast my choice, and laugh at my inexperience or old-school taste.

I'm not going to mention hundreds of alternatives I had a look at, or tried over time. I might mention a few, especially as I'm looking for the best and greatest stuff right now.

Nothing beats Total Commander. Nothing. 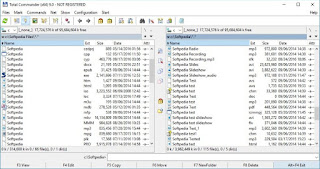 It isn't free (currently 37 euro) and there are many alternatives, and I've tried (and liked) several of those, but... in the end Total Commander is just that bit better. Worth the money, and after using it for 20-plus years that's less than 2 euro per year 😊

There's a Total Commander available for Android as well, which works fine. And it's free, no competition there. 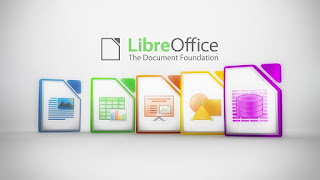 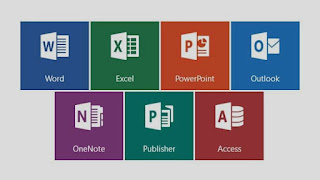 Yes. It ain't free. It even ain't cheap. But it is the best, I guess... If you want to make sure everyone can read your files, buy it. (Though keep in mind that it is always a good idea to create a PDF of everything, that way your documents always look the same, even in 10 years when whatever you used to create something is no longer available.)

I'm actually considering if I should buy a copy or not. I ran one for ages until it expired, and do miss Excel now and again... 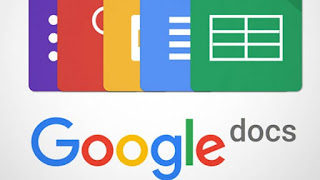 Unfortunately Google Docs hasn't impressed me. It's easy to create some basic stuff, and to collaborate with other people online, but it cannot compete with a full fledged office suite. Cheap, free, online, and runs in a browser, Good for a simple sheet or a flat text, but do not expect too much.
Update. It is great for working on a novel though, if you are one of those people that want to be able to work in different locations, on different devices. I move from my laptop, to my desktop, to my tablet, and back. No worries about versioning. The only drawback: your device must be fast enough, as Google Docs is slowing down once your text document gets too large (around 100k words seems to be the limit). 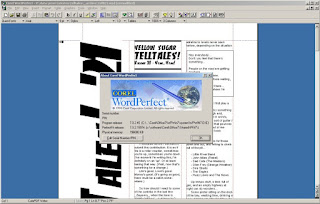 
I need to do some more investigation in this category. To edit stuff I've been using an old program called Photo Impact, but frankly I should look into other (more up to date) options as well. 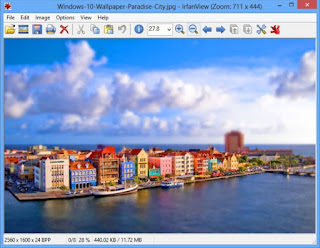 For quick trimming / resizing / viewing there's always IrfanView. Views pretty much everything, and is fast. And free.

No longer for sale, and not supposed to work on Windows 7 / 8 / 10. But it still does 😎 though it requires admin rights to run. It does have some issues with dual screen setups.

Update. PhotoImpact X3 (an update to XL) is less troublesome regarding admin rights.

This doesn't exactly fit in this list. Too expensive, I know...

Very fast, WYSIWYG, real time. Perhaps tries to do a little too much (webpages, DTP, posters, photo and image editing, etcetera) but I love it. Unfortunately it is expensive at 299 euro. The Magix Photo & Graphic Designer appears to be a slimmed down version of the same program but I've never tried it.

ProCreate is what my daughter uses to draw. It's very impressive, especially on an iPad with a pen. But (unfortunately) I am not an artist and never tried it... It's said to be very good though, and at a mere 15 euro you can't go wrong. 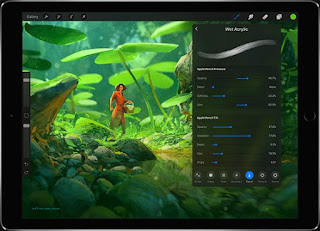 
Indeed Audacity. Period. Does it all. 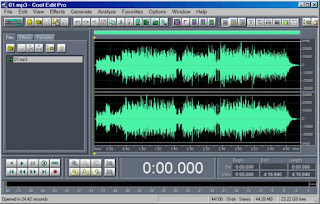 Update. The current free version, now called Hitfilm (without the Express bit) is still free, but many features were dropped. If you have an older Hitfilm Express, it's still the best choice. As for the 2022 non-Express Hitfilm... I'm not that sure.
Hitfilm Express then... The winner. I've just ponied up 19 bucks for a full featured video editor, in the Black Friday sale. The free version already does it all, but take the cheapest paid version (it was 9 bucks yesterday) and it will add some additional codec support that makes life a lot easier. Look for the special offers to get lots of extra features.
Nice and professional, and free for all basic features. If you want something extra (non-basic feature) then you pay per feature. Not a bad concept.
The bad: it does crash now and again (a restart restores the project were you just were before the crash), and some features may not be clear at once. Audio handling could have been a tad better.
The good news: real time scrubbing, multiple video tracks, and works with the Contour Shuttle (but that's thanks to Contour, I guess, as Contour is simply emulating key presses).
The license is perpetual. You buy the package, and it's yours, and you get 365 days of upgrades from the day you bought it.
VSDC

Works fine in free mode. If you want hardware encoding / decoding you need to pony up about 20 euro which is not too much.

What I disliked (and do dislike in most (cheaper) video editors is the lack of a 'realtime' view when scrolling through a timeline / video. I had this function in an old video editor I used ages ago, and I'm quite surprised none of the free / cheap NLE's have this.

Update. I hate to advise against this package, but the lack of real time scrubbing is a con, but what mostly p*ss*s me off is their license. It turns out you do not buy the package, but you buy a license for a year. That's something that should be clearly advertised, and is not. I consider that a very bad practice, if not outright cheating. Bad bad bad!

Pretty easy to use and completely free. Will have to explore it a bit more to check its limitations.

(Openshot looks a bit better, but seems to be less stable, I'll have another go at that one as well.)

Very promising package, but unless you only export to YouTube it'll cost you 400 bucks. Sorry, too expensive.

I wonder which one would still work with my old Herculas (Contour ShuttlePro) jog wheel... 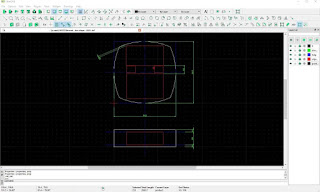 LibreCad is free and open source. It's a no-frills 2D CAD package. I've created some simple drawings in it, and these worked fine.

Note that LibreCad uses .DXF files by default though it can import .DWG's. Also note that the .DWG and .DXF formats may differ from CAD program to CAD program, so exchanging files may not always work, especially when using models, layers, complex objects and shapes. This, by the way, applies to every CAD package including the original AutoCad.

None of my .DWG files would work in LibreCad though... Well, the software says this function is experimental after all 😀

I found LibreCad a little easier to use than DraftSight, but not by much. Try both. One thing I did not like in LibreCad is the sometimes messy 'autospacing' of some GUI parts. Try and place some toolbars on the left side of your screen and you'll see what I mean, this is probably the result of its multi-platform origins. Fortunately, everything can also be moved to the top. 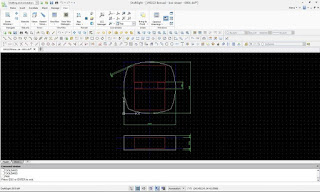 DraftSight is a free CAD package by Dassault Systems (a huge french industrial with lots of military products). It's free for private use, not for commercial use. DraftSight appears to have some more options for creating 2D works, and it's probably better than LibreCad.

DraftSight does not accept polylines in .DXF files, and may crash on them. Explode polylines before importing any files into DraftSight.

And don't worry. You can disable that horrible ribbon bar that eats up 10% of your screen real estate.

- 3DTools Viewer - Nice viewer for STL files
- SketchUp Make 2017 - Easy to use but you'll loose the solid tools after a month, some bugs
- SketchUp Free - Browser based, free, but doesn't feel right, better use SketchUp Make 2017.
- FreeCad v0.17 - Promising but weird, the UI is buggy and an excercise in frustration, a no go

Once you have a model you need to process and print it. And 3D printing is a challenge on its own... 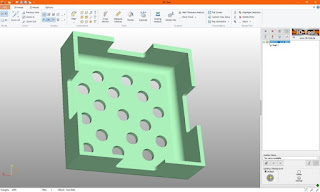 Allows viewing of STL models. Nice if you found some STL files you want to check, or to verify your own models.

Sometimes I need something special I can't find, and then I'll use PureBasic. It's a functional, feature-rich 'Basic' derivative, but it is not object oriented. Which is fine by me.