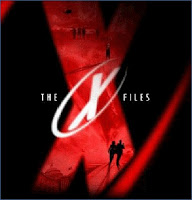 In 1999 (wow, that long ago?) I saw the first X-Files movie called Fight the Future.

Don't get me wrong, I liked the X-Files, but was never much into the hype. Strange as I'm pretty much a self proclaimed geek (that's another term for a self-aware nerd). And I did love Fringe (which, no matter how you put it, borrowed a lot from the X-Files).

But the original, the X-Files themselves? Meh.

Worth the money but only to X-Files fans. I (personally) wasn't impressed, and expected... what did I expect? More? I don't know. This movie just didn't do it for me.

Short summary: Mulder and Scully investigate a bomb explosion, discover a world-wide threat to humanity by the government that cooperates with aliens, Scully gets rescued by Mulder and as usual she didn't see a thing. This movie / plot would score high in the 'X-files drinking game'...