Beautiful! Let's go upstairs...
Upstairs
Let's start with my main PC. I want to be able to look at the setup downstairs, and take control of the old laptop... Not exactly required to get the image on the big screen, but isn't it nice to also be able to watch the 3D Printer on my computer screen? 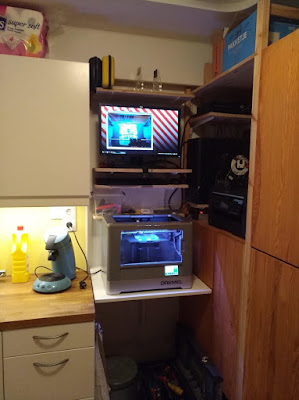 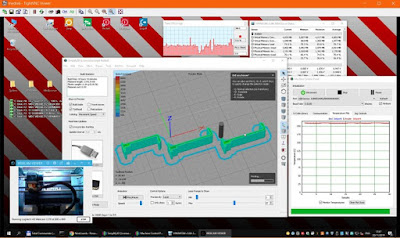 And yes, I know. For best prints I actually set the printer on the (tiled) floor, as that reduces vibrations and produces better prints with less 'echo / resonance' patterns.
( Note to a friend: now see, Ruben, that's why I spend that much time on a stupid 'berging' and that 'ugly' folding table. I was all planning ahead! Just took me four years to get there... )