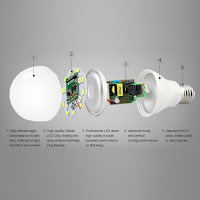 DIY.
Although many products from China are great, their documentation is often... lacking.

Here's the MiLight (FutLight) FUT014W. It's not listed on the Futlight website, probably because it is an older product. It has been replaced with the (almost identical) FUT014.

You cannot identify the light bulbs from the outside, as they have identical markings and no type indication. It turns out the FUT014W and FUT014CW are RGBW bulbs, in an either 'warm white' or 'cold white' version, and they only work with the FUT095 / FUT096 remote controls and the iBox1 / 2. Unfortunately they do not work with the FUT092.

RGBWW might be used to identify Warm White bulbs, or to identify RGB+CCT bulbs featuring both cold and warm white. Pretty confusing, but that's what it is. So...

The newer FUT014 (mine has no marking whatsoever to differentiate it from the older version) has RGB+CCT support, ie. it has both a 'warm white' and a 'cold white' led. It does work with the FUT092 and the iBox1 / 2 but not with the FUT095 / FUT096.

Here's the FUT014W bulb as I found it on a polish website: 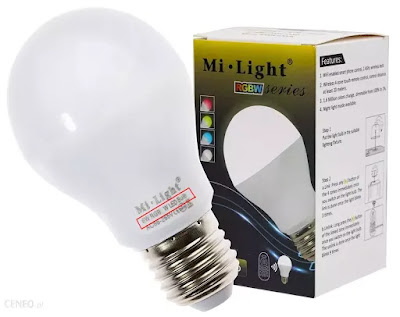 Note that the bulb shown on their website does not list a model number, but at least it says '6W RGBW'. Mine have only the logo and the AC rating. (Could be different production lines, could be a clone, who can tell.)

Compatibility is always a hit or miss. The FUT037 LED strip controllers I bought at the same time as the FUT014W bulbs respond to both the FUT092 and FUT096 (or perhaps better put: the remotes send out the appropriate codes for the FUT037).

So... the following combos works:

... * but note that mixing warm white and RGB on the FUT014W was a bit of a hit and miss, it sometimes worked, but I think that was more a case of luck than anything else. No consistent behavior, and I think the RGBW and RGBCW bulbs were not designed to use the RGB and (Cold) White LED's simultaneously.

In the MiLight 3.0 app you have to switch between two different 'simulated' remotes to control either the old or new bulbs. Once you know it's easy though cumbersome, but at first it's very confusing. One way around it is using more than one iBox, and naming those properly, but that still feels like a crutch.

So... may I then suggest you pass those older bulbs on to your kinds / parents, with a dedicated remote control? 😅