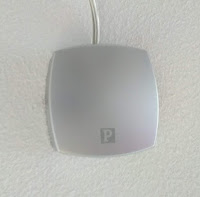 I always found 3D printing fascinating, but with too many hobbies I just never found the time to delve a bit deeper into yet another time consuming paste time...

Then, a year ago or so, I ran into a heavily discounted Dremel 3D20, and without knowing anything about this printer (or about 3D printing in general) I bought it...

It sat downstairs on the shelf (not literally, it's a big box), gathering dust, until I finally found a good use for it. A small project, which would put the printer to good use, and teach me a bit more about 3D printing and 3D modelling.

In itself it's very simple: print a little case to put in some electronics, that is to say: two small boxes, one a LED driver and the other one a LED controller. Done.

Of course, things should never be that easy... And I simply might not end up where I want to go, and the whole project might fail. But at least I've learned something. Or so I do hope 😅

Upstairs I have two Ikea 12V rail systems, about 15 years old, and originally designed for halogen spots. The electronic transformers used in those were designed for a minimal consumption of 60 watts or so, which makes it impossible to replace (all) the lamps with LED's.

And now (well, some time ago, to be honest) one of the two transformers broke down. And I haven't been able to buy anything that looks somewhat acceptable. 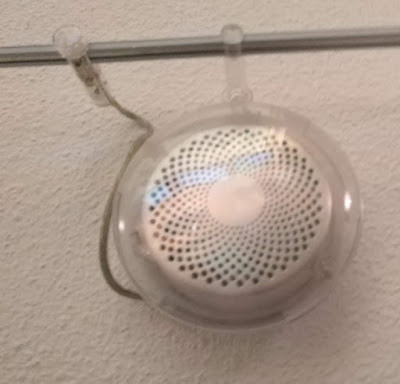 On the ground floor I've realized a 'multi functional room' for a little home cinema etcetera. Orignally I planned led strips close to the ceiling, but it just didn't look right. When I decided to put in some extra cable to do a little Dolby Atmos (using ceiling speakers) I made some holes in the existing alcove to pull the cable. And decided to use those same holes for some LED down-lights, as I had to close those holes anyway 😐. I opted for some Ikea 24V Omlopp spots I that were leftovers from yet another project (let's not go there 😅).

The other lighting on the ground floor is a Paulmann U-rail system (nice but a little expensive). It is an AC system using this to wire up mains: 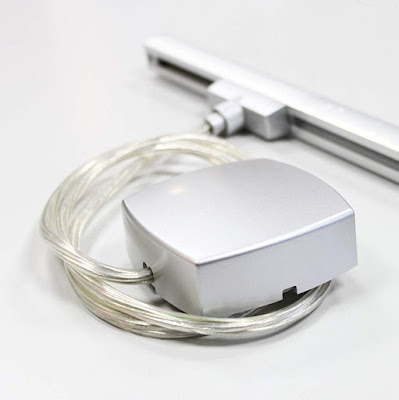 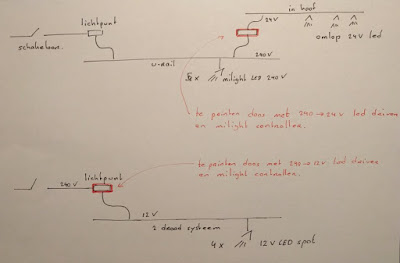 In both cases I need a little box to hold the following: 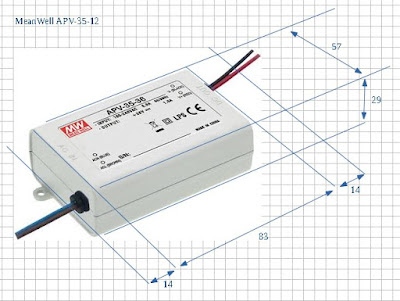 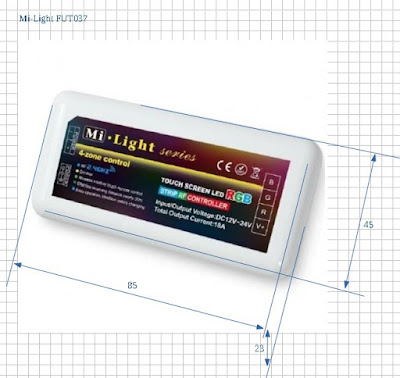 As for the shape I have decided to do something similar to the Paulmann enclosure: 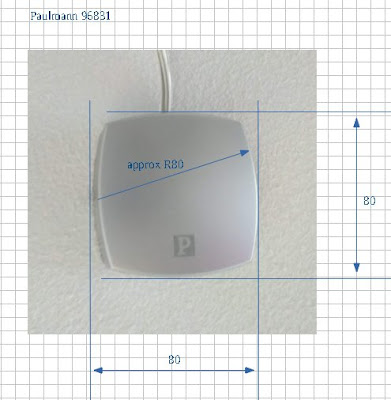 And the driver and controller will just fit in, and the whole thing should just fit it on the print bed of my Dremel 3D20 printer: 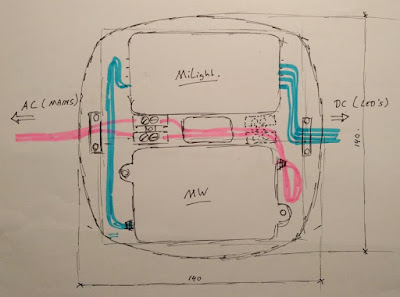 Going to check out some free / cheap CAD 2D / 3D packages then actually design and print one...