Size matters... (the world is getting bigger) 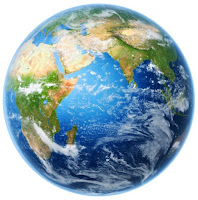 It does! (And Ant Man and the Wasp proved it 😅)

The world is getting smaller, or so I always thought. I (we) have been living in a world with ever increasing possibilities. Distances are still the same, but travel times have decreased greatly.

During our road trip to Spain I couldn’t help but picture the travel requirements of the pre-industrial age. Imagine I would have had to travel overland from the Netherlands to Spain. No highways, no railways. Horseback for the rich, wagons for the higher middle class, and by foot for the poor. That is, those that aren’t slaving away on the fields.

But assuming one would have had the money and the time to travel, there would still have been a one-and-a-half to two-thousand kilometers, including some 1200 meter high mountains. (Roads wouldn’t have been too straight pre-industrial, so it would probably have been a bit more. And just finding your way without road signs could have been quite… interesting.) Going at a good clip, taking one day rest per week, it would probably have taken 2000 / 50 / 6 * 7 = 1.5 month. At least.

Assuming everything went well at that. (A ship would have been faster, but still.)

These days it’s easy. Hop in a plane and you’ll arrive a few hours later. Take the train or a car and in two days you are there, enjoying Tapas on Las Ramblas.

So, letters would have taken a similar time. These days email takes seconds. The world got smaller.

But it isn’t getting any smaller any more, or is it? In fact, if anything, it’s getting larger. I grew up with borders opening up, traveling getting cheaper. But I wonder if that is the same world my kids will inherit.

In some ways they have access to everything, easily. The internet is a cheap and easy way to visit foreign locales (it’s not the same thing as going there in person, but still). Information is everywhere. And there are trains and planes and buses. Yet at the same time there are more and more obstacles.

Censorship and politics, commercial interests and advertising are slowly killing the internet. In the Netherlands we still have net neutrality and reasonable speeds, but in some countries commercial interests are throttling internet access, slowing down the digital superhighway to a crawl. And advertising has reached such an obnoxious level that I start becoming reluctant to look up anything.

Taking the highway visualization one step further: governments have closed off entries and exits, caging in potential digital travelers. And it looks like that is getting worse. You are aware that in some countries you are now obliged to hand over your passwords to the government if you want to cross the border? Or that in some other places the police requires your mobile phone and full access, whenever they ask for it?

And how reliable is that pool of digital information?


Then there’s economy and ecology. Traveling is damaging to nature. So it’s getting more and more expensive, and once we’re out of resources (oil) we may have to abandon fast travel forever… until someone develops teleportation.

Politics and extremists are restricting our physical freedom. You cannot go anywhere any more. Borders are tougher. Visa requirements silly. Idiots with bombs trigger other idiots with bad hairdos.

Social pressure and government observation will further reduce the willingness to travel. Mechanisms like ‘social scores’ would become a deterioration to travel… having visited ‘foreign hostile’ countries, or not being optimal productive reduces your score, so travelling somewhere would hamper your future career.

Or being simply fined because you were out on the street on the wrong moment. (Didn’t Singapore already have such laws in place?)

Not in the Antman and the Wasp kind of way 😊

Think about it. Is the world getting smaller? Or have we reached a stage where the world is getting larger again, as people will travel less? Maybe we should all start sponsoring Elon Musk and SpaceX. Not because we’re about to destroy the one planet we live on (though there’s a pretty good case to be made) but because we may no longer be able to travel anywhere on our home planet in the future.

I hope Elon reserves me a seat...