Well, I've ﬁnally done it. I've ripped all my CD's to the hard drive of my private server. I've got multiple SqueezeBox players as well as compatible apps on all iPads, phones, and PC's. Music everywhere.

Winter, spring, summer or fall
All you have to do is call
And I'll be there, yes, I will
(James Taylor / Carole King - You've got a Friend)

When I look at the clock, at the time ticking away, I realize I am getting older. I've hit 53. The last few years my life has been... complex.

It's not a midlife crisis. I think. I know.

If things aren't exactly going according to plan, a person has two options: change those things, or change the plan. I have not decided yet how to change things. Or even what to change.

Lifes not a song.
Life isn't bliss.
Life is just this.
Its living.
(BTVS Once more with Feeling - Life's a show)

Nah. In spite of bad weather, poor health, and countless disappointments I am still (trying to be) irrepressible. Life is worth living. It is what you make of it.

I'll leave depressions to others.

I'll just stick to reflection and introspection. Some self-respect. A little arrogance. Shiploads of sarcasm, cynicism, and other -isms and -ions. So, yet again, I find myself late at night, behind the PC, typing up another Dapper contribution. Thinking about the past and the future. I do so whilst listening to my favorite songs.

There's music playing in the background. And by pure coincidence (right 😊) that's John Miles singing Pull the damn thing down.

Have some patience whilst I play yet again those classics like  Highway to Hell and Eye of the Tiger... And once again it makes me realize that music was my first love, and it will probably get my through whatever curve-ball life throws at me next. Giving up is for losers. (And people wiser than me that know better how to spend their energy.)

It's not music but I can't help but have to quote Jack Burton: (Jack who?)

Yeah, Jack Burton just looks that big ol' storm right square in the eye and he says, "Give me your best shot, pal. I can take it."

I wonder when was the last time I actually listened to a CD... I cannot remember, as it is SqueezeBox all the way. (For those that don't know: that's an older system similar to Sonos.) 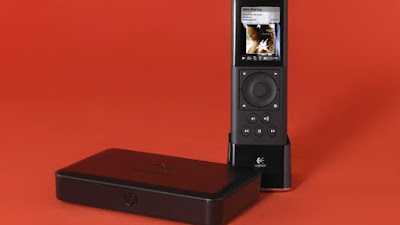 I still own a cassette player... which hasn't seen any use lately but oh my god was I proud of it when I bought it 25 years ago. It's a TCK77ES (with ES standing for Sony's overly expensive 'Extremely Standard' series, a synonym for 'Extremely Expensive'). 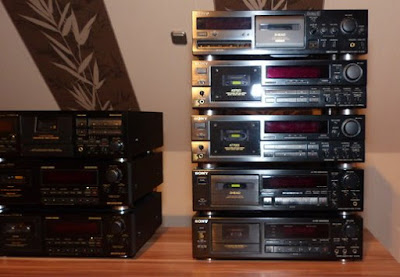 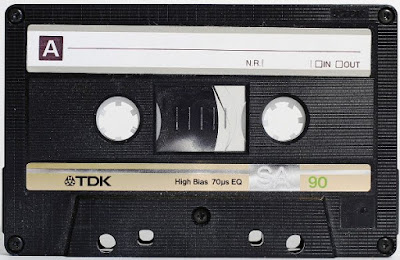 Just for fun I sometimes play a cassette, and shock guests when they hear it's actually a cassette that's playing... A cassette that was recorded over 20 years ago by now!

Tchaikovsky's Nutcracker suite, if you want to know.

For all the ripping I used a program called dBPowerAmp CD Ripper, which is a fantastic piece of software. I noticed that quite a few CD's had suﬀered some (sometimes unseen / unnoticed) damage. When played in a CD player the error correction would ﬁx the issues, but when ripping it sometimes took a number of re-reads to get things right. This is why dBPowerAmp CD Ripper is so great: it manages to get usable rips of pretty much everything, regardless of quality or damage. And it checks online and compares the check-sums with those of other users to make sure the end result is actually fine. Good enough for me not to notice, but I've been known to be somewhat indifferent now and again...

Now I already collected quite a few tracks, and I've done some comparison between analogue, CD, and digital files, the latter using diﬀerent compression levels.

Which is the reason why I still buy audio CD's. Yeah, I would rather buy my tunes digitally, and for a while I could at MediaMarkt. However for some strange reason it is pretty much impossible to buy a digital copy of any piece of music here in the Netherlands unless it is Apple based.

I don't do Apple. So I still buy CD's where I can (if only to rip them), and download where I cannot.

Did you ever check if YOU can hear the difference? Or if the difference is big enough to care? I actually did not trust the internet and tried it myself. I do rip all my CD's to FLAC but, frankly, MP3 would work just as well to be honest...

Some stuff is simply completely unavailable. John Miles did a great rendition of Wrecking Ball and you can find a few different recordings on YouTube. Strangely enough my favorite version was removed (?)...

Anyway, sometimes you have no choice but to fall back on horrible sources and worse quality because it simply cannot be found elsewhere.

YouTube is a great source for those tracks which are a little off-track. I never would have known about Josh Turner or Pentatonix without it.

These days most people are not exactly wired but they are connected. Gone has the era of dedicated music players: everyone streams his / her batch of MP3's from his mobile to a Bluetooth headphone, unlimited bandwidth allows unlimited use of online services like Spotify. And one little 32 GB USB memory stick gives me access to thousands of songs to play in my car.

Great for very, very, very long road trips... (Which reminds me, I do need a suitable car.)

File quality just might just matter less than most people realize. How much quality do you need when you use your mobile phone in combination with a 2 bucks set of earphones? Should that be considered 'high fidelity'?

The same thing applies to home setups (or even more so). Proud home owners show off their small pint sized speakers and talk and talk about the quality.

Which, typically, is crap.

Which, yet again, doesn't matter. Because why invest thousands of euros and hundreds of hours in the next best thing, when you're perfectly happy with what you have?

So, pick equipment that is good enough, and pick a file format / compression level suitable for your purposes.

Some people don't realize what they are missing. Some may not care. Many do not know.

No need to become an audiophile, but spending a few bucks extra on a decent amplifier, headphone, or original CD might make all the difference. Music suddenly becomes more than just wallpaper, it becomes art. A few small steps are enough to make it so much more enjoyable.

So yes. I did spend some money but even more so spend a lot of time on a decent setup. (Well, it sounds decent enough in my ears, and that suffices.) I am using second hand 20 year old speakers and a mid class amplifier, and it ain't pretty but it sounds right. Nothing really audiophile here.

This is one case where size matters. Convince the wife and throw away those micro-sets and put some properly sized main speakers in your living room. Who cares how it looks, you only need to know how it sounds. Music can be bliss. It should be bliss.

Just don't go over the edge. 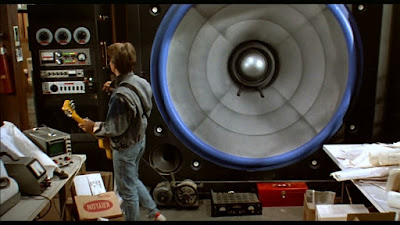 I wonder what you do. Are you still using vinyl? Tape? CD? Do you rip songs from YouTube? Did you convert your CD's or records to a binary format? Are you an Apple fanboy or did you fall victim to Spotify's all-you-can-eat buffet?