Call it an early spring cleaning...

And here's what I found: a Sony Vaio PCG-SR1K. Also known as the PCG-SR33K (I never was able to figure out the difference between the two).
1999 if I recall correctly. A 20 year old laptop... and still working!


Full blown... according to Sony

It's funny how this thing looks a lot better in reality than on a picture. It's a form factor similar to a netbook, though the screen has a higher resolution (1024x768) and some kind of Intel Pentium III and a 40 GB harddrive. All in one small, sleek, compact package.

Here's an impression of the PCG-SR1K next to an Asus Eee netbook 1000HA, ten years younger. Which is already close to 10 years old nowadays. (But still runs and does see some very light use now and again. I'm actually using it to type this post.) 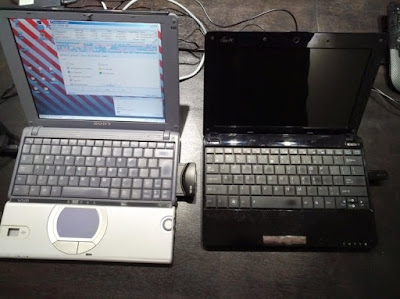 Both obsolete, but so am I 😊

Of course, it wasn't the sales success Sony had hoped for. Perhaps not entirely surprising, for a number of reasons but I guess price was definitely one of them. My PCG-SR1K was one of two 'trial' laptops my employer at the time bought for testing. It was deemed unsuitable for general use, so I got one and a colleague got another (slightly larger) one.

At the time it was running with either Windows 2000 or Windows 95. Those were the days... I installed Windows XP on it later, and as you can see it actually still works perfectly, though a bit slow. I'm not sadomasochistic enough to try to install anything newer, or fight my way through endless Linux options. I need my time for other more fruitful things, such as writing this blog no-one ever reads 😏 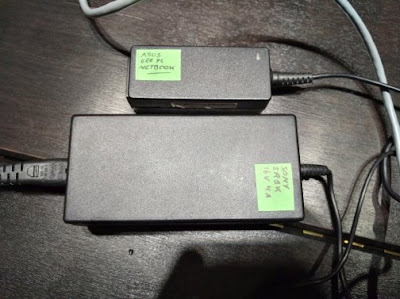 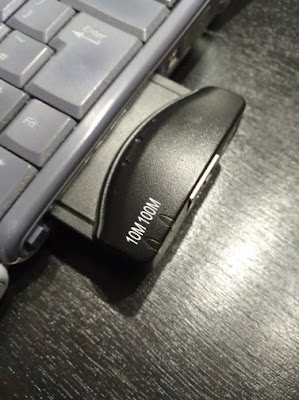 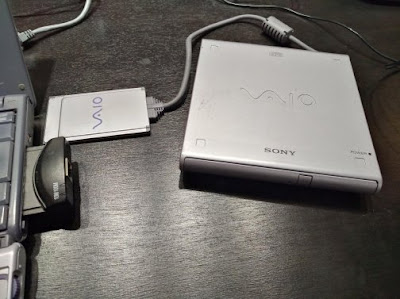 So, too expensive for the private user. Not enough I/O ports so you had to lug around a bunch or PCMCIA cards to stay connected with the rest of the world. Look at that power brick... build to last 😉 Or the external CD rom. Or the external USB floppy disk drive. Or the Cardbus Ethernet adapter. (I must have that Eicon ISDN / POTS card somewhere...)

This was around the turn of the century, but even then I was dialing into the home office from hotel rooms using classic telephone lines. And yes, all those required bits and pieces needed to be lugged around in an overly large computer backpack. All because the beautiful Vaio lacked connectivity.

Not a full blown laptop then after all... 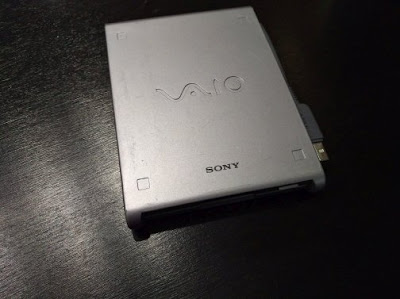 This little piece of history is, of course, no longer needed or in use. It's pretty much worthless, so if you want to have it come and get it. It's complete with power supply, external CD rom, power brick, and actually works. It's just too old for everyday use, and I've been hoarding too much over time, so this one has to go.

And if nobody wants it, it will probably end up in some landfill... Sad but true. 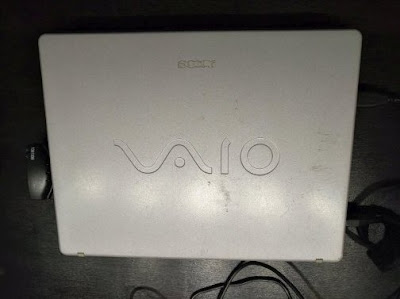 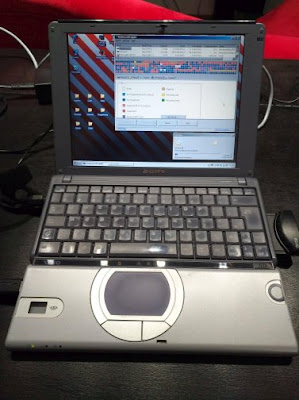 So farewell, bye bye, sayonara, dear Sony PCG-SR1K. You've seen quite a bit of the world (and lots of dust) but now is time to say goodbye.