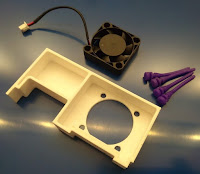 The Dremel 3d20 (and the FlashForge Dreamer) both have a small, very noisy fan at the bottom of the assembly. Very noisy...

I saw a few solutions on the Internet where they use a newly printed bracket with silicone dampers as used in a PC. Most solutions put too much pressure / force on the dampers though.

Here's my take, though it doesn't fix the whole problem. The next step would be to add some type of thermostat, so the fan would not only run a little quieter, but doesn't run at all unless required.

Well, this mod did reduce the mechanical vibrations somewhat, and it proved to be a good exercise in designing with Fusion 360 as well. So, yeah, worth the effort, if not sound wise then at least learning wise 😏

The fan is mounted behind the perforated plate on the bottom. Below is the location of the fan, mounted on a red metal bracket, as marked by the red section. 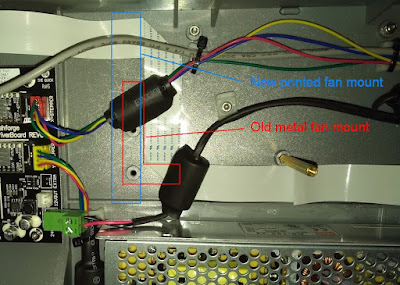 The new fan holder is a a bit larger, seperating left and right, which should increase air flow just a little, but also doubles as an additional support for the perforated metal bottom.

The new fan mount has the following dimensions: 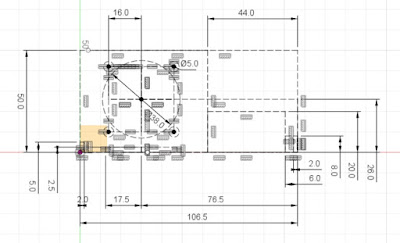 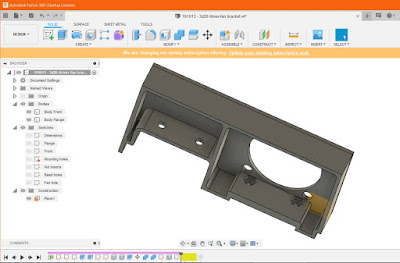 I build a model using several sketches in Fusion 360.

I exported the model and checked for mistakes using a free STL viewer. 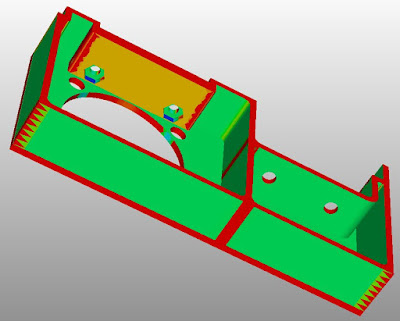 I sliced with the Dremel slicer software, then verified the generated code with Cura (you can load a generated gcode file into Cura for a kind of simulation). 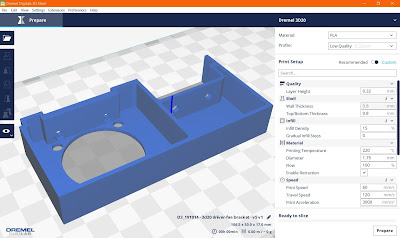 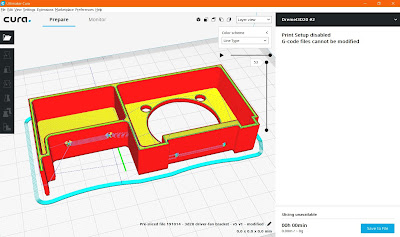 Here are all the parts after printing. 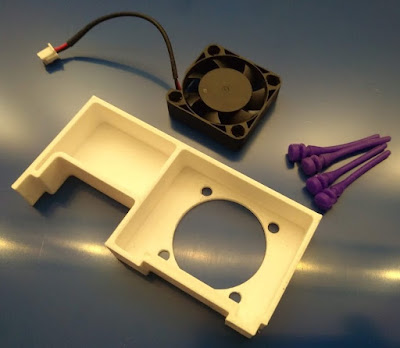 Those purple silicone dampers are the best I've ever encountered. Most of these fan fasteners are a little too stiff, but these are great. To use them properly I had to modify the fans.

I drilled out the holes in the small fan, drilling a hole round 6 mm, deep 8 mm, leaving a ridge at the bottom of 2 to 2.5 mm, like this, and enlarged the bottom hole to 4.5 mm: 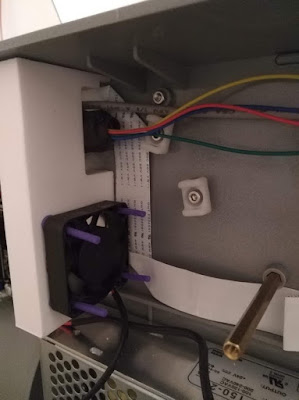 I used some hot glue on the flat cable, to make sure it will never drop on top of the fan.

I used a very small strip of double sided adhesive tape between the new fan mount and the casing (the red line below), and a strip of 'glass tape' (foam tape) on top of the new bracket (the blue line). 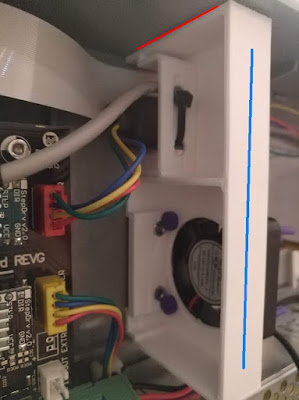 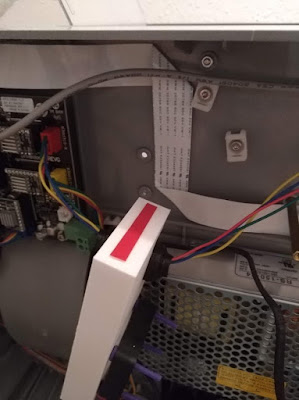 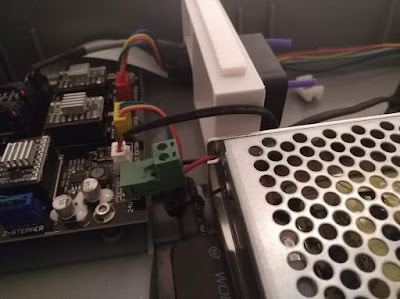 Yep. It's definitely a bit more quiet after this modification. Probably a combination of less resonance of the bottom panel plus the dampening by the silicone fasteners... But was it worth all the effort? Well, in a kind of learn-as-you-go way yes, but it wasn't as effective a noise killer as I hoped for...

Next step? A thermostat to control fan speed. Or a different fan.