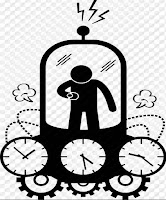 Let’s assume alternative universes exist, as does time travel. And still, we're all still here and have never suffered the effects of a time traveler messing up. There needs to be a valid explanation...


Why time travel is impossible


But what if it had to be possible?

In that case I think of timelines as the result of time travel. I.e. we are dealing with an alternative universe to ours, except that at one time it diverted in some way. Time travel would cause changes in the past, which would lead to the diversion, the split. And thus we end up with two universes: one where the meddling in the past took place and had effect, and another one where it did not.

Thus, when dealing with an alternative universe and its problems, you can’t simply go back in time and fix it, because all you would do is split up that universe in two alternatives, one where your meddling did not happen, one where it did.

This solves the whole paradox thing. You’re not meddling in your own history, you’re messing with someone else’s. Thus, you cannot destroy yourself in a time paradox. There are none.

Perhaps at some moment in the future, when two alternate universes match each other again, they will merge. (We wouldn’t know the difference if they would anyway 😏)

See also this one: https://www.youtube.com/watch?v=d3zTfXvYZ9s