Windows 10 might be the best Windows ever (at least according to Microsoft) but there are some issues...

Let's ignore horrible Windows 8 Metro leftovers, doubtful respect for the user's privacy, lack of control over updates and (driver) replacements, and focus on one of the biggest annoyances (IMHO that is): the coloring of drag bars in the GUI... (and then some)

Ever since the early days, Windows has featured a dragbar on top of each (okay, most) windows. Active windows would have a different color, standing out when compared with inactive windows. 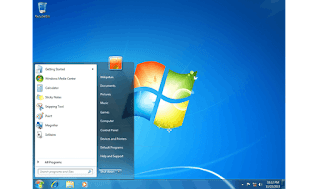 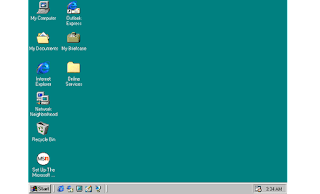 In Windows 10 Microsoft made the insane decision to make all dragbars the same, making the user hunt down the right (active) window. And of course all dragbars are by default blindingly white.

(And one of the biggest reasons I could bring myself to even trying Windows 8, and later 10.)

The other thing that absolutely frustrated me to no end is the hunt for options in Windows 8: where is what? Windows 10 is a little better, but still...


Icon spacing and other options

Of course, to add insult to injury, Microsoft took out many other options, assuming users are stupid and don't need / want to change the way things look. What happened to the (semi) transparent 'Aero' interface of Windows 7? Where are all my font options? Horizontal icon spacing? They're all gone...

(Note: with the 'Fall Creator' edition late 2017 some options returned, but only some...) 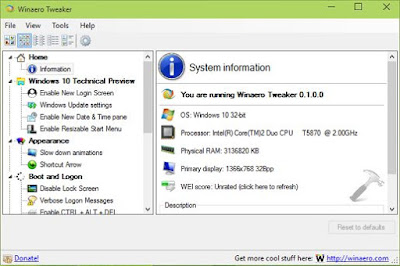 Windows 10 sometimes does funny things on the GUI side (remnants of the ill fated attempt with Windows 8 / Metro). With the latest incarnations there are some improvements, but many options are still missing.

You could go the 'registry way', trying all sorts of esoteric (and sometimes risky) changes, or you could simply download WinAeroTweaker and be done with it.

Fortunately, the program is mostly self-explaining. I just had to mention it, as it makes Windows 10 somewhat less frustrating. So if you are running Windows 10 get this tool! (It actually works on older versions of Windows as well.)