What do you do when you find yourself next to a beheaded corpse? And discover you're actually a fairy, in love, and somehow blamed for all bad things happening?

The wise-ass and ever so slightly mad main protagonist (a fairy, that’s a dead giveaway regarding the name of the series) has lost her memory whilst playing a key role in the fight between two groups of fae, of which one wants to go home at all costs. (The other, obviously, not.)

Somewhat British, but clearly understandable, and matched the character.

The Fractured Faery series consists of:

I suspect there is a complete niche (?) of female SciFi and Fantasy readers out there, 30plus, with a crave for romance. Some of the books I’ve encountered lately belong to this category, for example Lindsay Buroker’s Fallen Empire and Emperor’s Edge, Rachel Bach’s Paradox, and The Lazy Girl’s Guide to Magic and now this Fractured Faery series by Helen Harper.

They all feature a distant, unapproachable, tall stranger who is the romantic focus of the strong heroine. No exception.

I have started to believe there must be way more lovelorn female readers out there than I ever expected… Maybe I should become an author? 😇

If that’s what people want to read, then that’s fine. And if it isn’t overdone even I can handle it, being a 50+ bald male and probably not the target audience...

I previously read Lazy Girls Guide and those were funny but a bit heavy on the 'rom com'. Box of Frogs is on the edge thus far (haven’t finished it yet). If you can stand some light fantasy and can handle the romantic bits then these are fun. There's a bit more action, but pants do come off...

Well, I finished all three. They're okay, but a little too romantic for my taste. The end wasn't entirely satisfying IMHO.

In the second book there was a sex scene, and in the third book another one. They don't add anything to the story. I'm not too much of a 'prude' but I failed to see the purpose of these scenes. Harper might consider taking them out, if only to allow young (female 😏) adults to read these. As a parent, it's hard to suggest these three books to your kids 😶. 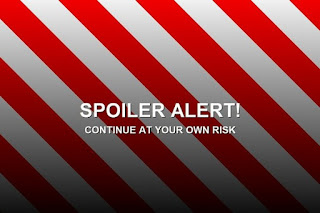 The ending basically comes down to a full 'border close', no more traveling between fairy world and our earth. But... in the first book it is stated that it was the fairies that kept the (human) world green and alive. This part of the plot seems to have been completely forgotten near the end.

Also, I want to know if Madrona was actually responsible for the temporary closing of the border. Is she that powerful? Was it something else? Argh!