Similar style, similar story. Group of young misfits needs to rescue the world against all odds. No Avatar this time, but we've got a boy who didn't know he had magic abilities. There's a prince who talks to his pet, a fighting Mickey Mouse relative (well, our elf has only four digits, doesn't she). We throw in an evil mage and the last of the dragons.

Of course the girl is too serious and the boy insecure and overly talkative. We've seen that before.

Yes, it's a lot like Avatar in setup and early tone, yet the world differs and has different mythology and history, more 'classic' in tone. The evil wizard just might act in the best interest of the human kingdom (though I have my doubts with his peculiar looks) and I'm pretty sure the king has been turned into a bird (your opinion is welcome). 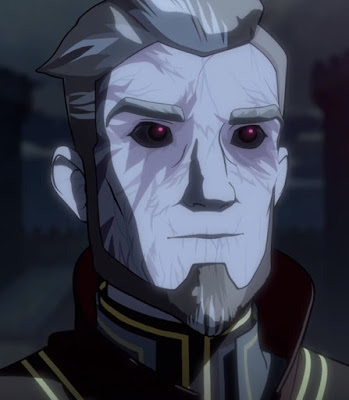 Unfortunately, the voice actors chosen for the Dutch version (I watched season one in Dutch) are very similar, if not the same as those in Avatar. Which is distracting.

Still, it's good enough to watch, and I have a soft spot for this kind of story.

I don't think the son and daughter of the wizard are outright evil, though they went along with their father's demands a little too easy there's some potential for redemption. Another recurring Avatar theme 😉

Season one is perfectly watchable. I hope the series will continue until it reaches a decent wrap-up. Avatar worked out well, but I understood Korra barely made it. (I have both series on DVD, did watch Avatar but still have to watch Korra.)

The animation could have been a bit more fluid, and it's clear this show still needs to find its own voice. Nine episodes is simply not enough, and the story thus far is a bit 'thin', but still it is promising.

Go and watch it on Netflix, and let's make sure seasons 2, 3, 4, or whatever follow suit. 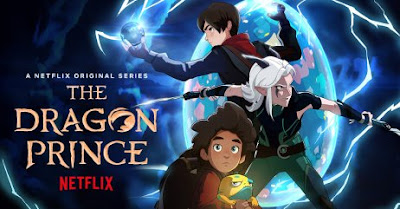 Someone who's more a fan than I am posted a review of each episode... without any spoilers.