Now and then, here and there

Someone called this Now and then, here and there 'a harsh show', and boy oh boy, is it 'harsh' indeed.

Do not get fooled!

I was somewhat in a daze after seeing the first five, six episodes in a single batch. Gripping, somewhat scary, not light at all (rape, murder, revenge, child soldiers, war, betrayal, sacrifice).

You might think otherwise if you would take a quick superficial look at the character designs, but...

I've gotta' see some more before reaching a final verdict... 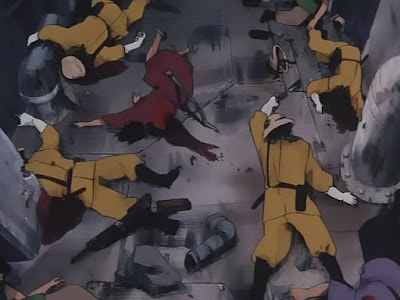 The verdict: go and watch it.

Again, it's harsh. Don't expect anything funny in this one. Perhaps it should be made obligatory to watch this at schools, showing the horrors of war (and that it can be stopped).

Someone make Trump watch this? Oh, he'll probably complain it isn't about him...