Do you use wallpapers? Then you need this 😏

Lately Windows is throwing a fit, and complaining WallX is infected. Submitting the file to Virustotal shows it isn't, it's just Windows Defender being a little too enthousiastic. False positives are a crime, and anything written in PureBasic seems to be a candidate...

WallX is primarily command line driven, but hey, if you don't like the commandline you can simply startup WallX and fool around with the build-in GUI.

Spot the differences 😅
Rounded corners and more
Actually, v1.93 has a new option 'round' which makes for pretty wallpapers, not very useful, but hey... at least it's something to show, because most of the changes are internally.

1. To install simply copy everything to a folder of your liking.

3. Toggle 'auto' to on, now it will show any changes immediately.

4. Choose a suitable background, or point WallX to the folder containing your backgrounds.

6. Most Win7 and later need to have 'Keep' toggled on.

7. By default WallX waits 600 secs before renewing, but only if the user is at least 120 seconds idle.

8. To keep WallX running in the background, set 'Background' to on.

9. Use the buttons at the bottom to either create a registry autorun, or a shortcut on your desktop.

WallX tries to resize (large) images with minimal distortion to span multiple screens, and / or resize them to handle very different screen ratios. How effective that is, depends on how much you allow it to 'distort' and 'expand'.

If you feed it an image that is a match for your screen setup, it works fine in 99.99% of all cases. Simply try it. 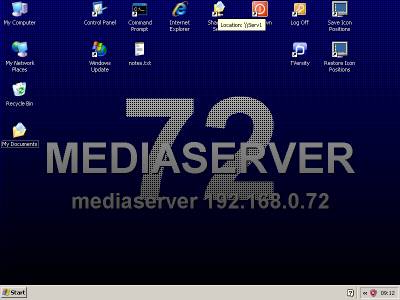