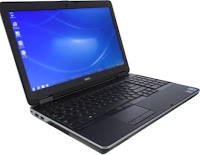 The Dell Precision M2800 is a little older laptop, but still a fairly nice performer. It's huge and ugly and heavy, but with 16 GB and an Intel I7 4810MQ, it still is fast enough for daily work, though perhaps not that suitable for the die-hard road warriors. (I'm actually using this machine 8 hours a day since the start of the Corona lockdowns, and it has been working perfectly thus far.)

It's considered a 'personal mobile workstation' and to that effect, it actually sports TWO graphical cards onboard, an Intel HD4600 as well as a Radion FirePro W4170M. Note that there are different releases with different video cards!

Unfortunately, Dell seems to have all but forgotten about this laptop. Drivers have not been updated in ages (the 2015 Radeon driver is all there is).

I stayed on Windows 7 for as long as I could, but had to move to Windows 10 in the end. I could install 18xx (forgot which version) and ended with 1809. Then Microsoft decided to release 1909 and made it a forced upgrade.

Unfortunately, the upgrade from 1809 to 1909 fails every time, ending in a 'rolling back changes' screen etcetera. But MS keeps pushing, and my laptop kept trying to update and kept rolling back.

Well, you can use the registry (home version), try a policy (Pro version), toggle the Systems / Advanced Settings option, but nothing works. The moment Windows 10 finds the internet it tries to update the drivers. And apparently, Windows installs the wrong driver for the W4170M video card, resulting in a total freeze.

I'm pretty sure, once the next Windows 10 update comes along, they'll manage to screw me all over again... sigh. Please, Microsoft, give me an option to block incorrect drivers from installing?
Update.