Assume your console sits in in the living room... and your mother in law has a Tupperware party... and there's this brand new game you smuggled into the house, still hiding in your backpack... then what do you do?

(Funny. I wrote this just before Sony made their 'State of Play' announcement 😎)

You, completely innocently, offer to bring some tea. You withstand the curious looks, the knowing smirks, offer some cookies whilst daftly pressing the 'on' button. Then, whilst balancing the empty cups and crumb filled saucers and with some appropriate sleight of hand you insert your brand new shiny game disk in the console, followed by an innocent sounding excuse and hasty retreat. Topped of by a breathless run to the study / attic / cellar / sleeping room, just to get away. And start playing.

So, stream your (Steam) PC games, your PS4 games, your XBox games, to all the other devices in your home. Well, to some at least.

I've tried different combinations, just for fun and to level up as a nerd...

... and let's start by saying I was somewhat disappointed. Marketing beats technology (as usual) and what was delivered wasn't altogether too impressive...

Some of the obvious obstacles:


Brands promoting their own products

Is it surprising Apple doesn't want Steam to stream games to an iOS device? (Still it is surprising they allow Sony's Remote Play. Something doesn't make sense there...)

You can not, for example, use your Xbox controller or DS4 controller on an iPad. This has more to do with locking out competitors that it has with technical compatibility...

But the nett effect is that  there are almost no controllers available for iOS, because Apple enforces something called MFI compatibility (and probably charges an exorbitant fee for it). And even then not all controllers may work with all games. Meh!

I looked around for some multi functional controllers that would support PC, Android, and iOS, but to no avail. Effectively ruling out the use of an iOS device as a client. It's all silliness. My Logitech bluetooth keyboard works fine with Android, iOS, PC etcetera, but the Steelseries Stratus controller exists in seperate versions for iOS and the rest of the world. Double meh.

I had some hopes for the All Controller but I fear it is vaporware...

Why does a PS4 stream a better picture to a Vita when compared with a PC? Why can I only stream a PC screen to an Xbox using wireless? How many hoops do I have to jump through to get controller XYZ to work with system ABC?
Xbox One

Xbox One to PC

1. As far as I know there's no way to stream Xbox One games to an Android device.

1. Connect a controller to your PC.

You need to have a controller connected to your Windows PC. I connect an Xbox One controller using a micro USB cable before starting the Xbox app. Otherwise the app can get confused and a. you loose the mouse pointer and b. the controller doesn't work. Note that the controller lost pairing with the original Xbox, but that was easily restored.

Windows suggests to use this login everywhere, which I didn't want to, as it did / does mess up my regular logins as accounts. You may not suffer that problem.

Done. If you have a controller on your PC you can now play anything on the Xbox. You won't have to keep the TV on, and most things run.
Update. Most things. Some pitfalls: some 'backwards compatible' games trigger a 'poor network connection' kind of error, and streaming to the PC may interfere with or seriously slow down download speeds. Note that I only have an Xbox One S, which isn't that powerful :-)

In spite of wired gigabit Ethernet I did suffer some lag and ghosting.


Xbox One to iOS

This *may* work to an iOS device, but for that you need the (paid) OneCast app. I haven't tried that option. 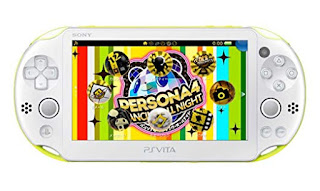 1. This *should* also work with the PlayStation TV. Haven't got one so couldn't verify.

2. The Vita is a great hand held by itself, so getting one isn't a bad idea, even if Sony stopped manufacturing them. Anyway...

Still, to be honest, this was and probably still is the best experience of remote play thus far.

Explanation in English
Uitleg in Nederlands

3. You will need a PlayStation account and online connection to the internet.

1. Connect a DS4 controller to your PC. I connected one using micro USB, easy, works, and didn't mess up pairing with the original PS4.

2. Connect your PS4 DS controller to the PC.

4. On the first connection attempt you will be asked for your PlayStation account information. (You only have to enter this one time.)

Lots of compression artifacts on screen of the PC. A bit disappointing with a wired gigabit Ethernet and a decent PC as a client, but things are playable. Strangely enough, the wireless connection to a PS Vita looks way smoother?!?
Unfortunately there is some noticeable lag. Not completely experience destroying, but it's there.

PS4 to Android
Works only if your Android device is a Sony phone. I still have to meet someone who does own one...
Update 1. The PS4 Remote Play app now works with more Android devices, though I've only tested it on a Huawei P20 Pro.
Update 2. There's another (unofficial, paid) app called PSPlay which does the same thing. Some claim it works better than the official (free) Sony app.
What I do not understand is why Sony thought it a good idea to unlead four different apps onto the user for second screen, messages, remote play, and something to track other users... Feels outright silly.
PS4 to Nvidia Shield
(Possibly the best Android TV box out there.)

Well, it *is* possible, but you need to root your Shield and get a modded APK. This is rather silly, as Sony does offer a Remote Play app for its own Android devices, as well as an app for the iPad.

Thanks, Sony! But I'm not going to root my Shield, so no go.

Update. The (unofficial, paid) app PSPlay is available for the Shield as well, though I haven't tried it yet. 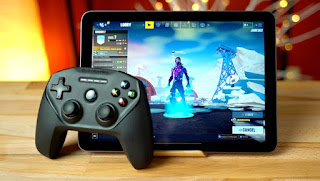 There is an official Remote Play app, but as you need a suitable 'special' iOS compatible controller (which pretty much nobody has) it may not be of much use. Still, it works, and installation is a breeze.

There are two basic approaches to streaming from a PC: use Steam, or don't. Personally I think Steam is the easiest solution, but YMMV.

PC to Xbox One

2. This is said to be based on Miracast.

3. This is supposed to work, but... it didn't. Probably because the link only works on wireless links, and you guessed it, I'm running wired...

No luck here, but there's always Steam link to fall back on. Though not if you want to stream TO an Xbox One (hey, you should get an Nvidia Shield anyway).

1. This is still in beta. Previous version worked very well, current version not so. Let's see what the next version does...

2. Valve often changes some details / settings, so these instructions might be a little 'off'.

3. Controller support depends on your Android device and vastly differs!

Not all controllers work! I have some good experience with Xbox 360 controllers on the NVidia Shield (using the original Xbox 360 wireless controllers with a Microsoft USB dongle), as well as with the Valve Steam controller.

4. The resolution and aspect of the monitor connected to your streaming PC affects how things are presented on the client side. Things work best if the PC screen is 1920x1080. I have a 1680x1050 monitor on my PC, resulting in black borders in many games.
Update. Finally Steam fixed it! No more (or very small) black borders. Took them quite some time!

6. Officially the Steam Link app is still in Beta. It does work fine most of the time. If you run into problems you may have to kill the app and re-launch it, or even reboot your Android device. It's getting more and more stable though.
Update. Stability has vastly improved over the last two years.

7. You *may* be able to run the Steam Link app on your Android smart TV, but the hardware in some (many!) TV's isn't up to snuff. (Again, better get a Nvidia Shield box.)

8. Different devices may require slightly different procedures, and these may change with each new version...
PC (server) 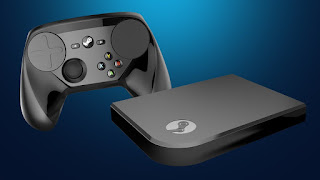 Valve's own proprietary hardware, a small box you hook up to your TV, which is an all-in-one client for in-home streaming. It's no longer manufactured, but still can be found second hand.

2. Use the Steam controller (just insert the USB dongle) or some other controllers (many are supported, wired and USB work best).

Pretty much works out of the box. Getting some PC games to play nice is a whole different story. 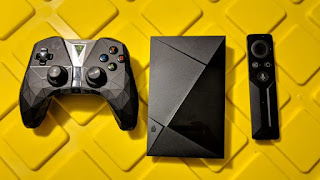 1. Pair the Shield with some controller(s). I used Xbox 360 wireless controllers with the USB dongle.

Slightly less stable than the Steam Link, but good enough to enjoy some good games on the big screen.

I had lots of stability issues with this tablet. Could be the Steam Link application, or the tablet itself. It always looked like it almost worked, then lost connection with my (server) PC, wouldn't find the Steam server upon rescan, and other weird errors.

Note that this tablet is rather old, so it may work fine on something more modern.

2. The app will look for your (server) PC running steam. When found it pops up a number.

3. Enter this number on the PC.

4. You can now stream Steam games to your tablet.

Controllers may or may not work, depending on firmware, controller, android version, the direction of the wind, Neil Armstrong's shoe size and the humidity in Johannesburg, South Africa.

Getting the Steam Controller paired took the following steps:

1. Upgrade the firmware of the Steam Controller to support Bluetooth BLE.

2. Shut down the Steam Controller.

3. On the tablet: switch off Bluetooth.

4. Switch the Controller off, then start it again with the Y-button pressed, switching on Bluetooth pairing mode.

5. Pair the controller with the android device.

Yes, I know. A little disappointing, isn't it?

I was expecting the Xbox the smash the ball out of the park, but it was perhaps even the worst of the bunch.

Steam fared a little better, and I'll check it again in a couple of months as improvements are still being made. A pity the SteamLink didn't take off, but it was a little underpowered I guess... I'm convinced it would have sold a lot better if it only would have contained a decent mediaplayer next to its gaming functionality. Because then people would have been willing to spend 10 bucks extra on it. Oh well. There's always the Shield 😎

The PS4 did the best job, especially with the Vita. Stuff just works. I'm not convinced when it comes to streaming to a phone or tablet, but perhaps I should try with some newer device. Not releasing a client for the Shield is outright evil though. In fact, not supporting any other device but Sony is...

I've made a note in my agenda. Retry in a year, see if things have improved. Or not. Probably.