Are comics books? I don't know. They might be. They are printed, have letters and words, and you can read them. At least they are some kind of books.

Interesting... I watched the TV show ages ago, and the first season was a bit cheesy but overall not too bad. I had not read the comics then, and (besides a drunk actress) liked the first season of the TV series. The second season... not that much (you might simply skip that one).

There's also an anime series, which is a bit predictable but quite enjoyable (if you are into anime, that is). At first I was rather skeptical, but actually liked it after a while. Time (perhaps not that) well spent, but at least enjoyably spent 😊

Lust and battles, how can life get any better 😊 The ending was predictable yet fitting.

But... comics... comics are their own thing.

The artwork in Witchblade is great (the early ones and later ones are better, those halfway are not that good).

What's not so good is the large dose of serious continuity gaps (that, and too many crossovers). There are whole parts of the story missing, perhaps told in other comic lines? Weirdly enough, the numbering seems to be continuous, yet the story seems to skip whole sections. Very confusing, that.

There's also no accounting for taste. Fortunately, the covers are more explicit than the contents most of the time, but I guess you need to be a young adult male to seriously appreciate the artwork. There's either a bikini or some torn clothes every other page...

Yes, it is a classic one, and yes. You probably want to read these as a comic lover. Alas, Tolkien or Tolstoy, it is not. 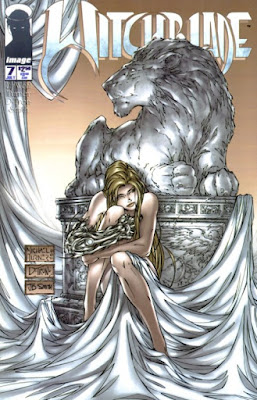 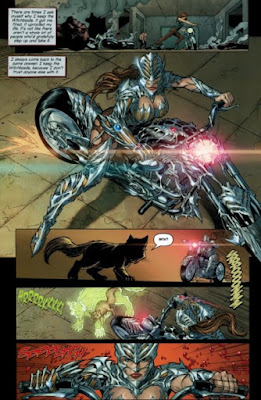