Musk versus the shorts 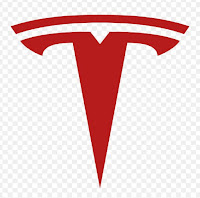 After Musk his little tweet about 'taking the company private' the pitchforks came out. On Ars Technica someone stated that 'short sellers' are also 'shareholders', thus they have the right (?) to sue Musk for any communication that would affect their position.

A big mistake? A deliberate action? Not even my goldfish knows...

Yes, a goldfish has been involved.

Yes, he (Musk, not the goldfish) did tweet some stuff, and yes, that may not have been smart.

Yes, he (Musk, again, though my goldfish is hiding a smirk when he sees me typing this) may have broken some rules or laws, but I am not a lawyer, so I cannot tell.

And yes, I can't help but feel that Musk and Tesla have been under attack for months. Again I cannot say if that the complaints are unfounded, but I dare to say some of the arguments have little to do with reasoning.

One interesting remark was that short sellers would be entitled to sue Musk, because it affected their position as share holders. Well... that's not entirely correct.

No, they are not. That is the whole point, and the problem. They are 'potential' shareholders. Here's a definition my goldfish came up with:

From a more generic perspective, I think there is a difference between 'investment' and 'speculation', driven by long term versus short term revenue.

I prefer to look at it like this: one could differentiate between holding a share in a company, which is done for either long term ROI (assuming the stock would increase in value over time, as it would represent a company with an increasing value) or mid term dividend. In other words: investing.

Speculating is something totally different. In that case the investor is not interested in the value of the underlying company or its potential future value, but the investor is only interested in the near future of the stock itself. They wouldn't care about the company. Going short is absolutely the worst kind of speculation there is, IMHO. Especially because, when properly executed, it is a perfectly legal way to drive a company into the ground and still make money on it.

Investors that go 'short' are not investors trying to grow capital. Some of them are gamblers, vultures destroying value for short term monetary gain.

Now Elon might have done something dumb. He tweeted about the idea to take his company private, ie. remove all shares from the stock markets. This would, effectively, make Tesla immune to short term fluctuations, and would leave 'short' sellers in the cold. I can see how that would appeal to him 😄

I guess I can only applaud such a bold move, but perhaps Elon might consider adding some disclaimers, stating it is only a thought, idea, wish, his personal opinion, or something his goldfish dreamed up. That might save him some lawsuits.

I am actually quite puzzled by the outrage itself. Should we be outraged at Musk, or at the (hedge) fund managers and their lawyers looking for a 'free out of jail' card?

Yes. If Elon Musk broke the law he has to suffer the consequences. Assuming...

a. he did break the law, and
b. he did so intentionally.

c. give the guy some slack, he's only human.

Come to think of it, isn't there this other guy with weird hair causing unaccountable ripples throughout the word with his, euh, 'heartfelt' tweets? (You know who I mean, he's the star of SNL and has this kind of huge tower in New York) I wonder who causes more damage with every single key press...

d. this specific law sucks, and is (ab)used by financial sharks who have not started any company of their own in the last 20 years, and are looking for an easy score to compensate for their losses.

e. (that's a+b, actually) Musk did it on purpose. Well, he got balls, I have to admit that. In fact, we should cheer for him, because the endless scrutiny he's under, combined with the public's lust for fallen heroes would almost stop him from trying to be successful. Almost.


Blame it on the goldfish

Musk could be crazy, stupid, an asshole, or a combination of all three, and perhaps his goldfish is too blame. And perhaps not. Who can tell?

Frankly, I don't know. But I think that, even though he might fail, Musk will have changed the world, for better or worse. That's not something the average hedge fund manager, screen hugging armchair warrior, or patent trolling lawyer can claim.