With over 90 million subscribers (and probably twice that many viewers) NetFlix stll isn't profitable yet but that doesn't stop them creating their own interesting shows... This time Iron Fist enters the MCU...

That's where things started. (For me.)

Blind lawyer becomes vigilante crime fighter. Good stuff, even adding a little Punisher in season 2. Perhaps a little predictable, a little familiar, a little like all the other shows, a little slow. Perhaps too many too littles. But I'll take it anytime over all the drivel that the regular channels try to feed us...

I did read (some of) the comics, but I've been more of a FF and Spiderman kind of guy. I just love the banter... I have never been a big comic reader, but I like my heroes flawed. And Netflix's version of Daredevil is properly flawed, is he ever. More flawed than in the comics (though come to think of it, he was always the guest star in a Spidey comic, so yeah, next to Peter Parker this lawyer wouldn't look too flawed after all.)

The real star of the show, however, is Fisk

Vincent D'Onofrio playing Fisk is outright brilliant. At first glance I was reluctant, as the story line and character did not match the Kingpin entirely, but my oh my... D'Onofio gave the character a spin and a twist and became the real Fisk.

Should you watch this? Yes, definitely.

Still, if tumors are true, that would make 2017 one crowded year, with Iron Fist, The Defenders and now also Punisher? Hard to believe. We will see.. 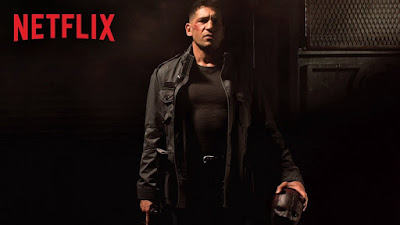 I was expecting a huge Dolph Lundgren type of character, big, bad, too many steroids. The 'Punisher' in Daredevil was a little different, but once I got used to him I actually liked him.

He will probably not be a member of the Defenders, but perhaps he'll have a guest role?

She's moody, a real emo of a superhero. 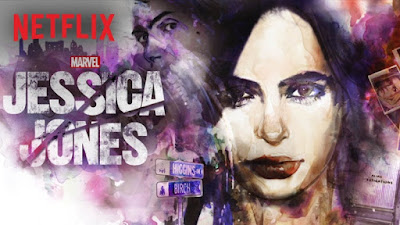 Her arch rival slash antagonist is none less than David Tennant, who plays an absolutely brilliant villain. (Christopher Eccleston and David Tennant were the actors that were essential in reviving the Doctor Who series. Even if you don't like that series, the actors were brilliant.)

There are some nods towards the greater MCU (Marvel Cinematic Universe) but it keeps its distance. Not surprising, as television shows can't spend money the way movies do.  As a side note, all television based MCU shows seem to know how to keep their distance from the movies, with only the occasional hint. Personally, though, I would not mind a little cameo now and again, for example Iron Man doing a flyby, or a secondary character, drinking a cop of coffee in the background... Money, I guess.

Daredevil was interesting, but it was Jessica Jones that did it for me. It's different. (What might have helped is that I never read any comics featuring Jessica Jones so I was not expecting anything.)

Ah. And there's Luke Cage, mister indestructible. He needs to be indestructable as Jessica is... well... somewhat demanding, and in dire need of some... euh... stress releasing activities.

Should you watch this? A double yes!

And hey, there's the nurse again. (Nice how some characters keep showing up in the different series, giving a sense of the same and consistent world, where all these stories play out.)

After being screwed in (and by) Jessica Jones Luke battles Cottonmouth, Black Mariah, Shades, and what's left of his memory. 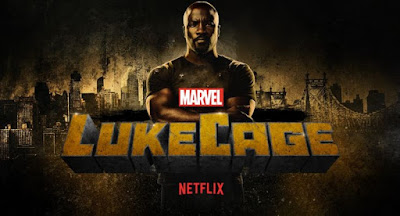 Ah, Shades and Black Mariah, so predictable. I expected Cottonmouth to last a little longer though.

Should you watch this? Yes. It's the weaker show thus far, as it tries a little too hard to be as 'black' as possible, but it is still good.

And hey, there's the nurse, yet again! I predict she will be in every show, as long as they can agree on the right fee. Oh, and miss Matrix is there as well, of course.

Yeah, I vaguely remember him. He's the guy with the horrible costume. I just hope Danny Rand is not going to wear it in the series, not now, and not in _The Defenders_ either. Horrible costume... 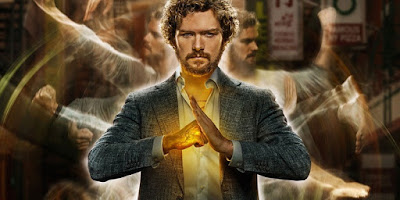 I've seen 3 episodes so far. No costume yet. Crossing my fingers... And waiting for the nurse to show up 😊 Ah. There's the lawyer... Ah, and there's the nurse.

Thus far, Iron Fist was passable, and that is a good thing, as IMHO this is one of the more cheesy characters. This show does remind me a lot of Arrow though, but I assume that's because of a similar storyline in the comics.

Good? Mmmmmm. Not so, but again passable. Best part: our nurse becomes more and more an essential part of the story line. And I like the last scene in the last episode... 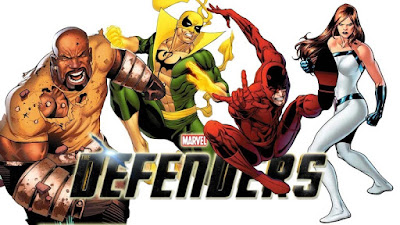 Let me try a prediction: it's all going to be about fighting 'The Hand'. You'll see. (Pretty easy to predict, even the trailers feature a hand, sir!)

Yet, there's more! Don't expect any crossovers, as these are different stations / channels / companies, but if you couldn't get your fix on NetFlix, you might consider any of these...

Agents of Shield which I haven't seen yet. I think it's on ABC.

Agent Carter, set in the past, and pretty good even if it was discontinued after two seasons. Also ABC. This one I watched and I liked it.

Legion which is being broadcasted now by Fox. I haven't seen any episodes yet.

Cloak & Dagger which hasn't been broadcasted yet. I think it's on Freeform, not something we get over here in the Netherlands. I actually did read some of he comics, so it could be okay, if they can go easy on the 'teen-related' content.