I should change the title of this blog to 'reviews of old novels everyone already read'...

I was never a big fan of Neal Stephenson (but neither is he a big fan of mine, or so I assume 😄) and I never was much into 'present tense'... I tried some of his other works, and couldn't 'get into' them.

And then I tried Snowcrash and Cryptonomicon.

Snowcrash was a well received work, so I, obviously and coincidentally, first read Cryptonomicon.

You don’t have to be a nerd, but it definitely helps if you are one. The scientific stuff seems to be reasonably spot-on, and I definitely got some laughs out of some of the ‘monologues’ / ‘explanations’ which interleave the main story-line.

I definitely enjoyed it.

Which surprised me, because it was written in the third person present tense, a writing style which I typically abhor. I wonder if I actually identified myself with the main character.

He ends up in the middle of a river of molten gold. Perhaps I still have a chance to make it rich?

Snowcrash is good in its own way, a (then) fresh take on hackers and overlapping real / virtual worlds. Anything involving the pizza mafia made me smile.

Snowcrash was years ahead of its time, and hasn't aged too badly.

Good read, yes. Perhaps start with Snowcrash because I think Cryptonomicon is even better. 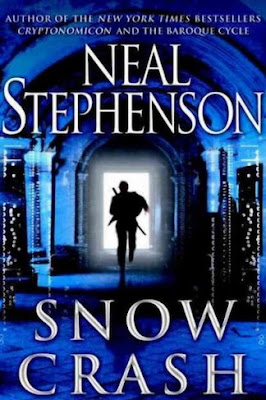