Whatever happened to his career? He played in quite a few successful movies such as Man In Black (though only the first one was good, I think), Independence Day and Enemy of the State, but also managed to unload some very crappy stuff. I leave it up to you where to put Suicide Squad or (shudder) Wild Wild West.

(I actually did like Hancock, to be honest, but I might be the only one on this planet.)


Still, Will's a good cop. Or tries to be. And the good part: he pulls it off. Will Smith aka officer Ward is just a human trying to stay alive, paying the rent, taking care of his family. (Euh, where's Jada?)

I can understand why people would not like this movie. They want a blockbuster, with extensive background information, epic and all. And Bright simply isn't. Bright doesn't explain much. World building is limited to a few graffiti scenes, there's a quote from some magical book regarding 'wands' and 'brights', and that's about it.

Those that know about 'Urban Fantasy' will feel right at home and don't need any background, as the movie is full of our favorite tropes.

For me, the exposition is enough. I'm a bit sick and tired of scenes specially created to explain something to the audience. The 'shut down her power' insert in Suicide Squad is a perfect example (and poorly acted by none other than... Will Smith). If we as an audience are so stupid we need to have everything explained to us in detail, then it is obvious Bright will not appeal. I actually found it very funny that some reviewers tell me there's too much explanation, whilst others say there isn't enough.

To be honest, I think the lack of explanation is actually a pro, as the movie, simple as it is, doesn't need too much explanation.

In a nutshell: some big baddie tried to take over the world a few thousand years ago. Humans, elves and orcs now share the modern world, and if anything society has become segregated along racial lines: elves took over the upper class, orcs live in the hood, and humans are caught in the middle... It all provides a nice background whilst answering the many unanswered questions in any (certain?) sequels. Such as...


Bright might actually work better as a television series then as a set of movies, but hey, I'll settle for anything I can get. And I, for one, can see this as the first part of a trilogy, where a stupid cop might become a wand wielder and save the universe. 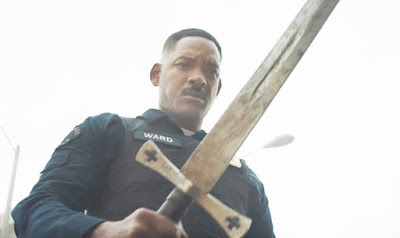 It's not that bad

So, if you're into a relaxing action movie I think Bright is actually okay. It doesn't try to be the next Lord of the Rings, so stop complaining. Enjoy it for what it is, and think about the endless possibilities of the setting.

Perhaps it could have been a little bit more epic (I found it surprisingly laid back, to be honest) but it does its job as a buddy cop movie. 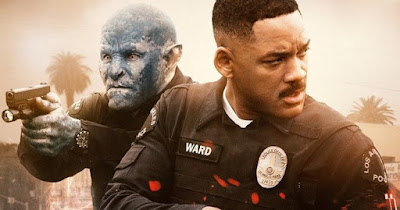 Only a very few humans can use a wand. So why does every human want a wand? If he / she knows it may very likely kill him / her?

Some reviewers consider it a plot hole, me, I think it's what we are: human. Be very honest to yourself and silently answer this question: would you pick up a wand with unlimited power if there is a 99.999% change you would die?

You would, wouldn't you?