Jessica is back. So are the others.

In spite of many poor reviews I actually liked this 8 episode mini series. Yeah, there are quite some issues, but my primary complaint is simply this: not enough Jessica.

1. Iron Fist improving. A little. Iron First, IMHO the weakest character of them all, is being told he is just a rich white kid. I would have to add he's annoying, spoiled, and egocentric at that. It makes me wonder about those monks of Kun Lin, and what it is exactly they teach... Still, it seems to get through to him, at least sometimes, and a bit.

2. Daredevil is becoming less dare and more devil. His not so nice side shows up, together with a few days of beard. Sporting my own sort of beard I can only applaud. Only real man can skip the shaving...

3. Anyway, the best moments are when the characters are interacting. Most of them are flawed (except perhaps for Luke, but he never was a favorite of mine). Nothing is perfect, nothing goes according to plan, and that's what makes this show great. 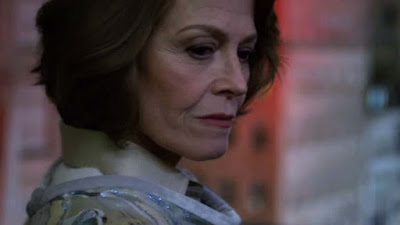 4. Of course, Sigourney Weaver... Nothing beats (the intensity of) her Aliens' Ripley, but her villain is okay, and there seems to be more to her that just a cardboard antagonist. To have a real villain of 'Fisk' level would require a larger number of episodes. This isn't a Killgrave, and the show is about the Defenders, not about Weaver. Still I'd like to see Weaver have another shot at an evil character. I thunk she can pull it of.

1. The plot is a bit bland, but okay-ish. (I will not be complaining about the lack of cameos and character cross overs from other parts of the MCU... There's something called budget.) However, there are a few issues...

2. If The Hand accomplishes its goal, then why would that involve a killing spree, if not the outright destruction of New York? I just don't see any relation between their 'goal' and the wholesome extermination of a city's population.

3. What happened in Chernobyl? Or why did it happen? It is never explained...

4. How did Daredevil escape? No explanation...

5. Action is very limited throughout the series (and I do not mind) except for the final two episodes where the fight just keeps on going. And if our superheroes fight regular Joe, then how is it possible the same regular Joe gets up after being slammed into a slab of concrete. Repeatedly.

6. I know special FX are costly, and I know an actor will not cut of his hand for a great role, but come on, if you cut off a hand in the story, then make sure the arm with the bloody stump isn't longer than the other arm.

7. Jessica Jones is supposed to be a very tough cookie, but I think her powers (whatever they might be exactly) do not really show up. It was fine in her own series, but here I was expecting a little more. 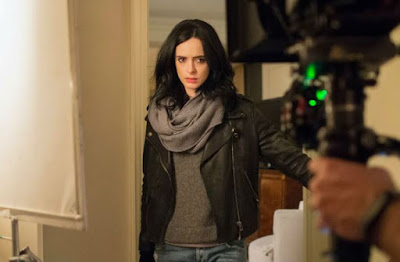 Ignore the reviews. If you can stand a (very) slow buildup, and won't mind a good dose of suspension of disbelief then it still is an okay series. Could have been better, but it is acceptable. I'd call it good enough to watch.

And let's give Netflix one more try, in season 2 of The Defenders... If that would / will happen, I'll be watching. Bye, heroes. See you next time. 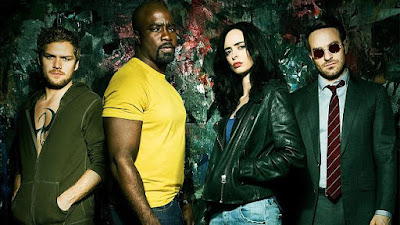