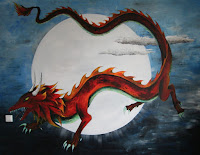 December 2014: first the oldest daughter's room. She's using a high bed, and we wanted a mural that would fit the bed (which would be standing right in front of the painting). Inspired by her Asian roots and throwing in a little goth / grown up / wannabe emo flavor 😖 we ended up with a dragon in front of a full moon. 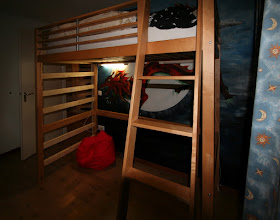 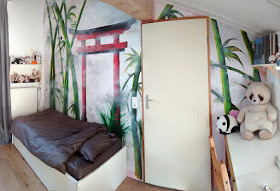 I needed Google Photos to stitch together a number of images, but I think the picture just doesn't do justice to the mural, it looks much better in real life.
NineLizards - March 16, 2017